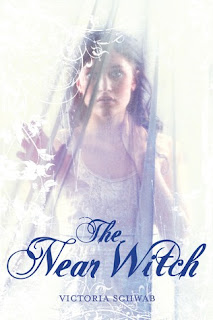 Source: Received an egalley via Netgalley in exchange for an honest review.

A friend asked me to describe the plot of this book when I was about 1/3 through. All I could come up with was that a stranger arrives and the next night a child disappears. So obviously this is not a very plot-driven book. Instead I would describe it as very atmospheric with the suspicions and superstitions of the town of Near bleeding together as Lexi Harris sets herself to the task of investigating despite her uncle's disapproval.  In some ways it reminded me of Plain Kate by Erin Bow except that I liked this  even less. At least Plain Kate made me feel something while with The Near Witch, I didn't feel any connection to the characters, to the plot, to the setting.

Lexi is an admirable character, I guess. But she's so nondescript and typical of a YA heroine. She doesn't want to be the proper lady her uncle urges her to be. She doesn't want the "safe" relationship with the boy in the town. She falls for the random stranger, largely because he is a stranger, someone she doesn't know. Their relationship has very little depth and evoked no emotion for me beyond the haunting story of his past. Of course, I loved that she had strong feelings about her younger sister and that those feelings play a large role in motivating her to seek out the witch but it all seemed so familiar.

Many reviews have mentioned the writing, which didn't strike me as anything special. Writing is not usually a big factor in my evaluation of a book. Instead I tend to think about how the book made me feel, which is were this book failed. I didn't feel anything but boredom although I plowed through due to the relative shortness.

Overall: This just did not work for me: I didn't feel a connection and I was bored for much of the book.