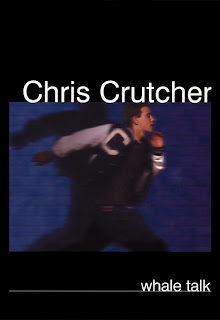 Read for YA Overlooked Book Battle.

I loved this book!  I wasn't sure about it going in because it's told from a male perspective and the synopsis mentioned sports, which is not my biggest interest.  However I completely fell for TJ and his quest to fight racism and the jock bullies who dominate his high school.  In order to do this, he assembles the unlikeliest bunch of guys in his school to form a swim team.

I can't begin to express how much I adored this book but a large part of that was because of the character TJ. He narrates the book providing insight into how he thinks and he's pretty aware of his motivations for his actions.  When he was happy, I was happy; when he was angry, I was upset.  I loved that he was an upright character who was concerned to continue being so.

My one tiny quibble was toward the end, when I cried because I could not believe what had happened.  I would have preferred that scene didn't happen but I completely understand why it was included.

Cover: TJ is black, Japanese, and white but that guy looks mostly white to me so it's not entirely accurate.  I'm also not sure why he's running instead of swimming.
Posted by The Insouciant Sophisticate at 12:01 AM