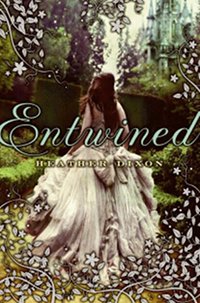 My mom always read fairy tales to me when I was growing up.I adore fairy-tales and retellings and since "The Twelve Dancing Princesses" was one of my favorites, I knew that I'd want to read this one.  Luckily I was able to get my hands on it and I devoured it.  Despite its length, this book moves fairly quickly while still allowing me the chance to savor the story.

The main character is Azalea, eldest of twelve daughters in the royal family.  All of the daughters are named alphabetically, which was very helpful for me to keep track of them.  The eldest three, Azalea, Bramble (!), and Clover, seemed to have the best defined personalities and they are also the ones who get suitors.  But the other sisters make their presence known and all together, the sisterly affection and camaraderie was one of my favorite parts.

Filled with their mother's love of dancing, the sisters are devastated that after her death, their father banishes dancing as the family moves into mourning.  However Azalea vows to help them continue and thus the girls are ecstatic to discover a mysterious secret passage leading to a pavilion with the Keeper where they can dance to their heart's content.  But the Keeper is not as benevolent as he seems and his wishes will threaten their familial structure and their lives.

While not entirely understanding the thrill of dancing, I could see how dancing helped the girls remember their mother and further how their father's standoffishness pushed them toward the Keeper.  The girls sneak out to go dancing every night to his bewilderment thus resulting in the advertisement that brings to mind the original story.

Of course there's plenty of magic around such as that which infuses the castle from a previous magical owner.  An enchanted tea set, a sort of invisibility cloak, and silver play an important role in the final showdown.  I, however, was much more interested in the relationships than in these magical elements.

The way the three romances proceeded was familiar.  Bramble acted cold to her suitor while secretly harboring deeper feelings.  Clover's is conducted somewhat behind the backs of everyone.  And Azalea falls for the very nice guy who is frequently around although they are not without their difficulties.  I liked all three guys and they all seem honorable and decent chaps.

But the story is really about family and love.  The sisters love each other very much but have a weak relationship with their father.  He also seems to struggle with how to love them. Over the course of the book, they build stronger bonds and that just warmed my heart.  I'm a sucker for books with strong family units.  They all draw closer toward the conclusion.

Cover: Beautiful-I love the elaborate dress although I do wish we had a better view of it.

Read for YA Debut Author Challenge. 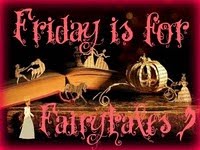 Hosted by Irena at This Miss Loves to Read.
Posted by The Insouciant Sophisticate at 12:01 AM