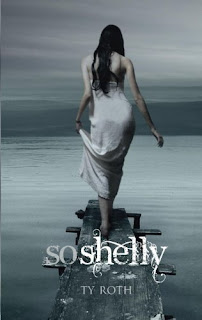 Summary:  Drawing on the Romantic poets Byron, Keats, and Shelley comes a modern take on love and death.

How much do you know about those poets? Because their (well mostly Gordon Byron's) lecherous side really comes out and quite frankly shocked me.  It covers up to about their eighteenth year and the acts committed largely by Gordon appalled me; it was so different from my own high school experience and disgusting to my sense of morality.  And the real-life guy did pretty much the same things! I struggle with how someone could be so depraved and those elements made it difficult for me to read.

Gordon and Keats are loosely inspired by their namesakes but Shelly is actually sort of a composite of Mary and Percy Shelley as the author shares in his end note. Her premature death is the framework for the story.  Gordon and Keats are two of her friends who she has charged with a final task.  As they set out to complete that commission, their lives are revealed with all of the darkness and debauchery accompanying that.  It covers Gordon's outsize fame and appetites, Keats's imminent death, and what would cause Shelly to kill herself.

I really enjoyed the writing and Gordon did have a magnetism for me despite everything I read about him.  I wanted to keep reading and I flew through this book.  Although I haven't read much about the Romantics, I think it does capture their philosophy of life and would be enjoyable for those who do like the Romantic poets a lot.

Warning: Content definitely puts this on the older side of YA.

Cover: Haunting-made me think there would be some paranormal aspects but that is untrue.

Read for YA Debut Author Challenge.
Posted by The Insouciant Sophisticate at 12:01 AM