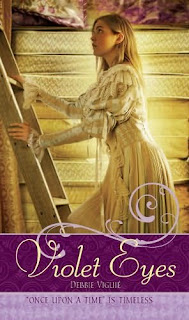 Summary: A retelling of "The Princess and the Pea."

Thoughts: I've really enjoyed reading the "Once Upon a Time" series and Princess and the Pea is a story I really like so I was excited to grab this when I saw it at my library.

First it's very fairy tale in that Violet and Richard meet after a storm and basically fall in love at first sight.  Pretty much the only stories where I'm okay with that are fairy tales because there's so much magic there already.

Now the original Princess and the Pea had a single test but this competition has multiple tests with about twenty princesses and a final grand twist.  That helps extend the story; I really enjoyed seeing the weird tests that the king and queen imagined up to help them choose the best bride and future queen.  I also liked that they seemed concerned about their son instead of just looking to make the best alliance although that was also certainly a concern.

The ending was odd as it goes in to a battle and Violet must use her keen wits to outsmart some baddies-it wasn't suspenseful and I didn't feel that it added much.

I wish more had happened relating to her violet eyes, like she was recognizable because of that fact or had something special about her because of them.

Cover: I just realized that those are mattresses behind Violet which makes me feel a bit dumb but is fitting.
Posted by The Insouciant Sophisticate at 12:01 AM