Cinderellis and the Glass Hill 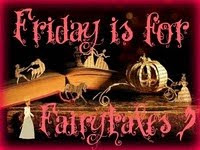 Visit Irena at This Miss Loves to Read for details about this meme! 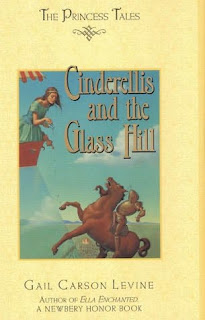 Cinderellis and the Glass Hill
This is one of my favorites-obviously it's a Cinderella story although more in the vein of Grimm than Perrault.  Princess Marigold is very lonely as her father constantly goes on quests.  Then he has the brilliant idea that he will build a glass hill and whoever can climb it shall win her hand.  Meanwhile Cinderellis is lonely as his brothers are best friends who ignore him.  He just wants someone to appreciate his inventions.  With some magic, he is climbs the hill three separate times and receives the three apples that the princess has.  They end up getting married and he helps improve their country with his inventions and he never leaves Marigold by herself.
So I actually left out my favorite part which involves three horses and Cinderellis's inventions but that is because you'll just have to read it for yourself!
Posted by The Insouciant Sophisticate at 12:04 AM