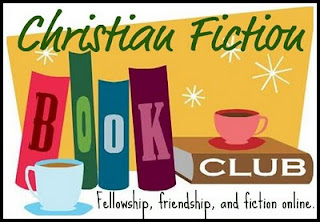 Hosted by Joy at Edgy Inspirational Romance.
This month we read Havah by Tosca Lee (I will be posting a review later in October) and we're discussing some of the questions provided by the author about the book.  We can answer a few or all.
A brief summary: basically a look at Eve's life, from her creation to her death. 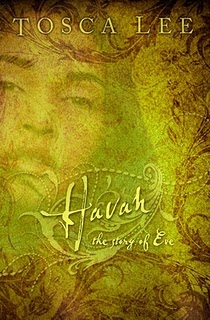 1. Before the Fall, how free was Havah to do as she pleased? After the Fall, how did Havah's freedoms become more limited?   Originally Havah was pretty much able to do whatever she wanted (except for eat of the fruit of one tree).  She seemed to have a pretty idyllic lifestyle.  After the Fall, she and Adam had a lot more responsibilities: they had to find food and shelter, protect themselves from predators and bugs, and raise their children.

3. How does Adam view his children? How does that differ from Havah? Why?    Havah seemed to feel that Adam valued the children (especially Kayin) less than she did.  She mentions several times that Adam should have praised them more and that he should protect them more from dangers.  Havah places great faith in the idea that Kayin will be able to bring them back to the Garden and consequently loves him the most (although she seems careful to try not to express this preference).

6. Why did God seem so distant from Havah?    As a Christian, the simple straightforward answer is that only through Christ the Son can we know God the Father.  But well Christ hadn't come yet so I guess that doesn't work.  So seriously I'm  not sure.

7. Why was Kayin's sacrifice not accepted by God? Did that mean Kayin was likewise rejected?    I think his sacrifice wasn't accepted because he went with the wrong attitude.  Hevel went in a posture of subjection and wanting to serve God while Kayin went for his parents and believing that he was the one and seeking approval.  Earlier, it is shown how Hevel gives freely while Kayin gives in a more quid pro quo fashion. But I don't believe God rejected Kayin; the sacrifice and the person can be separated.

10. Did Havah ever make it back to to the Garden?  I hope this makes sense: I don't think she returned to the Garden, the place that she knew in her youth, but she ended in a place like the Garden due to the presence of God.

Did you read Havah?  What did you think?
Posted by The Insouciant Sophisticate at 12:01 AM