Prisoners in the Palace 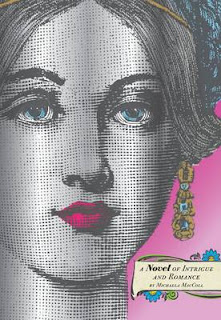 Summary: Liza was orphaned before she was able to enter Society, leaving her flat broke.  However she is fortunate enough to gain a position as lady's maid to Princess Victoria, catapulting her in to a world of intrigue and suspicion at Kensington Palace.  Caught between worlds, Liza must forge her own path and future.

I alternated a lot over whether I liked the portrayals of Liza and Victoria in this novel.  On the one hand, Liza was not that grand of a lady no matter what she wants to think; on the other hand, she's an orphan struggling to make her way in the world.  On the one hand, Victoria grows up to be a great queen and hints of compassion appear here; on the other, she's so mercurial and almost always self-absorbed.

I'm somewhat familiar with Victoria's childhood, especially with the villain Sir John Conroy who would stop at nothing to increase his influence over her as he had over her mother.  Whether he can be in charge of her correspondence, her purse, her throne, whatever, he wants it.  He knows no shame and was a fantastic character!  His plotting drives the main plot, culminating in a suspenseful ending before Victoria's ascension. Albert, future husband to Victoria, also makes a brief appearance; he is a prig and distinctly unworthy of her as presented at this point.  I personally am not a big fan of Albert ever but she loved him.

But there are also entirely fictional if representative characters.  Annie, Liza's predecessor as lady's maid, loses her position due to a pregnancy and suffers a huge downward spiral as I'm sure many women did, confronted with the social mores of the period and the lechery of upper-class men.  Will is a newspaperman and friend of Liza's whose broadsheets help inform public opinion.  Inside Boy, one of my favorite characters, is an urchin who teaches the colorful street patter and also aids Liza when in dire straits.  They added considerable color and fun to the novel, balanced against the more serious degradations suffered by Victoria from her mother and Sir John.

Overall: I really enjoyed this book except for some annoyances with Liza.

Cover: This is a gorgeously designed book-even if historical fiction isn't your thing, I recommend examining it at a store.  The back is designed like a newspaper with a combination of stories about the actual novel and blurbs from authors and the inside is also beautiful.
Posted by The Insouciant Sophisticate at 12:01 AM