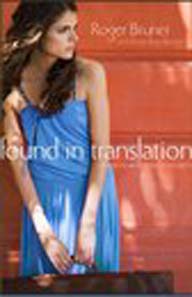 Source: Received via Netgalley in exchange for an honest review

Summary: Kim is a spoiled girl from Georgia on her way to her first mission trip in Mexico.  Upon arrival, she discovers that their mission is far different than she had expected.  They're going to a rural area recently devastated by a natural disaster where no one speaks English...and where none of the mission volunteers speak Spanish.  How can they witness to those with whom they can't communicate?

There were some things I really liked about this book: Kim's transformation in to better person (illustrated by her stopping cursing, ministering to a misguided fellow mission trip, and her work with the villagers); her friend Aleesha, super funny; Anjelita, the little Mexican girl who befriends Kim despite the language barrier; the general pace of the story.  Although Kim begins the story petulant and irresponsible, she quickly resolves to become better and then actually follows through and matures.  After breaking her arm, she feels bad that she can't help rebuild houses but she uses her time to instead do other work and then to read aloud from a Spanish Bible

While I liked the basic story elements, I didn't really like the writing, which is what dragged down the rating for me.  The writing was not bad but it wasn't as good as the writing in other books I've read.  I think the message of the book is the important part though and would be very useful especially to young Christians but also to all Christians.

Recommended: Definitely only for Christians or those interested in becoming a Christian.
Posted by The Insouciant Sophisticate at 12:01 AM