Alfred Hitchcock and the Making of Psycho 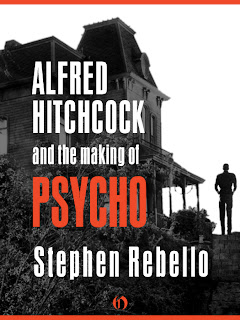 Read: Today is Alfred Hitchcock Day and I recently rewatched Psycho so I thought this would be a good way to celebrate.

This book is a good summation of the path Psycho took to becoming film.  First a real-life crime inspired novelist Robert Bloch to write the novel that Hitchcock would end up optioning in order to create something new for audiences after the failure of Vertigo.  He assembled a cast and crew and made the film in a manner more reminiscent of a television program than the usual lavish color films.  And it was a huge success-audiences around the world loved it. But Hitchcock was never able to replicate that success in his other later films, instead struggling to find quality scripts and to keep the audience in suspense.

As expected from the title, Hitchcock is the central figure.  I was most intrigued by Saul Bass's claim to have directed the famous shower scene based on storyboards he created. I'm in the Hitchcock camp; he had his ideas and it was his picture, his set-no one but him would have final control.

I would have liked to read more about Anthony Perkins and Janet Leigh's careers after Psycho.  As far as I know, neither worked with Hitchcock again and neither had such success.  In fact, I've read that Perkins was typecast and struggled a lot with that post-Psycho.

Overall: A fine work and good reading for those who would like to know more about this iconic film.  If you haven't seen Pyscho, you should definitely check it out and then maybe give this book a read.
Posted by The Insouciant Sophisticate at 1:00 AM