I'd Know You Anywhere 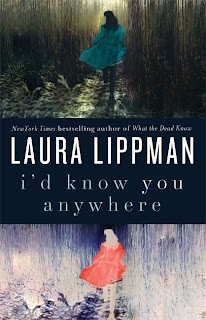 Summary: Eliza Benedict used to be Elizabeth Lerner until she was kidnapped by Walter Bowman at the age of fifteen.  Somehow she lived while his other victims died; somehow she is the girl who got away.  Now Walter is about to be executed but he is reaching out again to Eliza in the hope of getting her to remember those 39 days and nights they were together.

Thoughts: Somebody recommended Lippman so I put this on my list and then happened to see it at the library: it was serendipity!  Right away I was drawn in to the story.  I loved Eliza right away, a somewhat shrinking flower, a devoted mother, someone still broken from her experience.  But she does grow and while the ending is optimistic, there are definitely still problems in her life.

There were also some very awful characters. Barbara is a woman who has become an advocate for Walter and intervenes in Eliza's life in a busybody manner.  Trudy is the mother of a girl who didn't get away who is waiting only for Walter's death, the justice she's been wanting for over twenty years.  She doesn't hesitate to interpose in to Eliza's life.

Walter of course is a man who killed at least one girl and kidnapped Eliza.  He was bizarre with very odd ideas about appearance and difficulties in social interactions.  He also was able to manipulate Eliza and continues to hold strings to her with possible frightening effects on her family.

One of the most interesting aspects to me was the sibling relationship between Iso and Albie. Albie adores his older sister but she resents him.  That broke my heart as I remembered some of the harsh ways I behaved toward my sister.  Now we are older and well she's a teenager and I wish I could go back and appreciate her unwavering adoration of me.  This wasn't the largest aspect but it resonated with me.

Overall: Gripping story introducing a new to me author, whose other works I definitely want to read!

Cover: Hmmm, I think I like it better in person as it's very shiny and eye-catching.
Posted by The Insouciant Sophisticate at 12:01 AM