The Absolute Value of -1 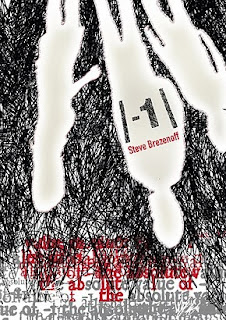 Summary: Told from multiple perspectives, looking at the entwined lives of four young people as they try to live their lives.

Thoughts: It opens with someone named Suzanne in a way that confused me.  Then it jumps to the first part with Lily sharing about her awful family and telling her story about her love for Simon; I really identified with her feelings about the boy even though her copious drug use was off-putting.  Unfortunately her feelings are not reciprocated; we get more insight in to why during Simon's section.

Then it goes to misguided drug dealer Noah who likes Lily/Lily's chest but knows no way of wooing her; not that it would matter because he can see that she's crazy for Simon, his best friend.  His family life is also awful with a father who likes to beat on his mother and seems to hate him.

Then we go to the longest section of the book which is told from Simon's point of view.  He writes stream of conscious stories (blech) and his father has cancer, which is the catalyst for Simon making a complete 180 from a loser stoner to runner with a runner girlfriend.  I already didn't like Simon for breaking Lily's heart but I can understand it a bit more.

I don't think this is really my kind of book as it's almost too realistic (maybe I'm sheltered-do teenagers really smoke so many cigarettes and pot? My friends and I certainly didn't) with teens dealing with many difficult issues and there's no happy ending.  I much prefer funny books with a happily ever after-that is not found here.

Overall: Not my taste. But still well-written and interesting.
Posted by The Insouciant Sophisticate at 12:01 AM