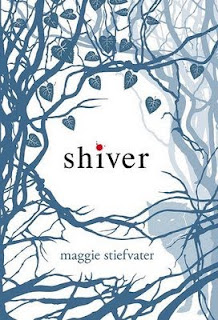 Scholastic, 2009
390 pages
Contemporary; Paranormal Romance; YA
Summary: Grace lives in cold Minnesota and has watched the wolves for years, especially one wolf with yellow eyes. Sam has in turn watched Grace, waiting for his brief times as a human. Now they are meeting and falling in love and confronting the impossibility of their situation.
My Thoughts: I wasn't too sure about this book at first (I don't really like paranormal) but I mostly liked it. It is beautifully written and I definitely enjoyed it. The descriptions of sight and smell were especially useful to forming atmosphere and helping this reader become involved in the world.
There were a few questions I had about the wolves which do get answered although it took a little too long for my taste. I also liked reading about her parents-I mean they were awful parents but they were interesting and I liked the comparisons of her parents to Sam's pack and how they influenced the characters to be who they were.
I did have two problems. One is that it somewhat reminded me of Twilight (not a compliment coming from me) in that there was so much time spent with them just talking about how much they loved each other and not much happening. Luckily Stiefvater is a much better writer so a. there were not just repeated pages of how beautiful Sam is and b. the plot moved much better. The other problem is how Grace basically dumped her friends when Sam came in to her life. I hate when that happens in books/movies/TV. Grace is very independent but her friends were nice people not frenemies so I wished she had made more of an effort with them.
Warning: Lately I've only had time to read while I eat and chapter 33 of this book is not suitable for that. It was a brutal look at one incident in Sam's early life. There is also a brief sex scene, not graphic.
Overall: 4 out of 5-excited for the sequel, Linger! And I want to read more of Maggie Stiefvater's writing.
Posted by The Insouciant Sophisticate at 12:01 AM