Because who doesn't love cute British boys who sing? 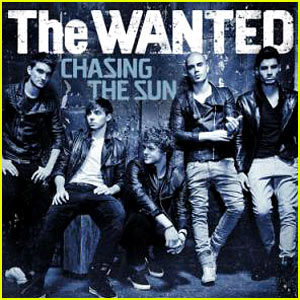 This is kind of long but I'd really appreciate it if you read it and if you are at all a fan of TW, I definitely want to talk as the people who know me in real-life are maybe a little tired...
So in early February I started hearing this song on the radio a lot and I really liked the lyrics for the second verse, which went "Turn the lights out now/Now I'll take you by the hand/Hand you another drink/Drink it if you can/Can you spend a little time/Time is slipping away/Away from us so stay/Stay with me, I can make/Make you glad you came." I loved the repetition of the last word of the line as the first word of the line. So I took note that it was by some band called "The Wanted" and headed to youtube, where I discovered a. this was a boy band; b. said boy band was British and comprised of some attractive fellows; and c. they had a very active and passionate fan based mobilized via social media.

After watching the "Glad You Came" video about 3489514747 times (although admittedly the frenetic cuts kind of make me want to watch Citizen Kane), I started watching their other music videos. Then I watched the videos they posted themselves on their channel, simple flip videos featuring them answering (often-bizarre) fan questions and showing backstage stuff. I found myself wanting to watch the videos rather than read and really enjoying their different personalities and their friendships (and maybe doing a bit of ogling ;)

My personal favorite video that I've seen so far is this edited excerpt from the making of their "Lightning" video which features Nathan laughing (adorably) over some BMX tricksters:


And I'm officially obsessed. I went ahead and ordered the UK versions of their two CDs, The Wanted and Battlefield (links are to my reviews on Amazon.) I've already preordered my Fan Pack of their US Debut EP featuring new single "Chasing the Sun." And I'm trying to figure out my finances and schedule to ensure that I can see them some time...ideally soon!

And now I'm going to throw a bunch of links at you:

So what do you think? Were you already among the converted? Have I managed to pique your interest a bit?

Email ThisBlogThis!Share to TwitterShare to FacebookShare to Pinterest
Labels: ramblings, The Wanted