End of Lent and Looooong Movies 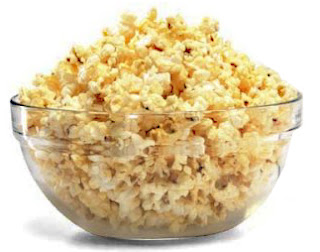 Today is Easter, which also means that it is the end of Lent. For this season, I decide to abstain from my very favorite food, popcorn. Now I only eat popcorn maybe 2-3 times a week because I have difficulty with portion control so I really didn't think it would be that hard. But is has been SO hard. Whenever my family made popcorn or I went to the movies, I craved popcorn. I even had dreams twice that I caved in and ate popcorn. It was a very hard experience for me.

But now it is Easter and to celebrate, I am going to eat a whole microwaved package of popcorn by myself while watching Titanic on my home TV. I wanted to see it in the rerelease but my theater only has 3D showings (I had heard that some theaters would have non-3D showings). There is no way I am going to wear those stupid glasses over my own glasses for 3+ hours.

In addition to Titanic, I also watched The Ten Commandments, a tradition in my household. Usually we would watch it on TV and I would only see about half before I had to go to bed. But now we have it on DVD so since we started it at 6, we had time to watch the full 220 minutes. It is a crazy long movie but after watching it so many times over the years, there are such great familiar parts. Personally I really love Anne Baxter's Nefretiri; she's pretty much always been my favorite character. Does anybody else watch The Ten Commandments annually as part of the Easter festivities?

To any Christian readers: Happy Easter-Christ has risen!