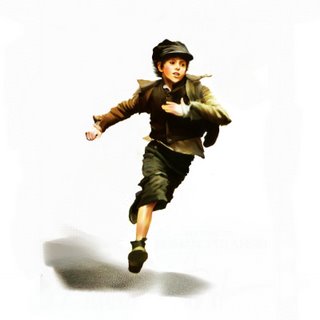 Oliver Twist Readalong, hosted by Allie at A Literary Odyssey
I'm actually quite familiar with the basics of Oliver Twist thanks to the films Oliver!, Oliver and Company, Oliver Twist, and Oliver Twist. But obviously they truncate and change parts wholesale so it's always good to return to the text itself.

However I have found those adaptations to be fairly faithful to the text so far; while there were some changes, from what I can remember most plot points and characters remain the same. I only have a couple of immediate thoughts: