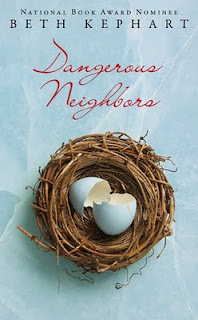 Summary: Ever since Katherine's twin sister Anna died, she has felt alone and guilty of causing the death.  In 1876, during the Centennial fair in Philadelphia, Katherine goes to the fairgrounds to end her own life.

Thoughts: As I had enjoyed one of Kephart's other books and had seen this title around the blogosphere, I decided to pick this book up.  I was especially excited to see that it was set in Philadelphia in 1876 around the centennial.  That is not a time period I'm very familiar with but I would like to learn more.  Unfortunately I felt that the time period was not well utilized.  The story could almost be set in any time period as the language and the few events that occur were generic.

Additionally because of the short length, I felt no connection to any of the characters.  The main focus was Katherine and her now deceased twin sister Anna; other characters include Anna's secret beau Bennett, their parents, and maid.  Anna, from what I read, was improper, rude, and insensitive to Katherine's concerns about her secret affair, an affair that could have ruined their family if discovered, I presume.  Katherine, though, was somewhat controlling and needy toward Anna.  No other character had a chance to develop a personality.

Admittedly this is a beautifully written book and if that's enjoyable for you, then give this a try.  But it's not at all the kind of book I like.

Cover: I love the font of the title and while I didn't understand the shells, the explanation is revealed through the story.
Posted by The Insouciant Sophisticate at 12:01 AM