The Year My Sister Got Lucky 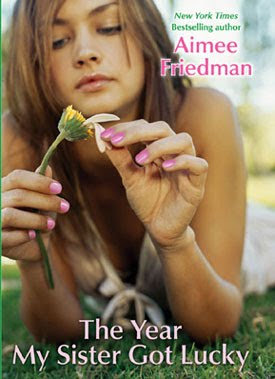 The Year My Sister Got Lucky by Aimee Friedman

Summary: Katie and Michaela are ballerinas, sisters, and best friends whose relationship undergoes significant changes when their family moves from NYC to small town Fir Lake.

I had some problems with this book as in I didn't really like Katie, the main character and narrator of the book. I don't know if this is because I also moved in high school and am an older sister more like Michaela or if I wouldn't have liked her anyway.

I did enjoy the description of ballet but I found Katie's attitude so off-putting. She hates that she's moved and she finds herself so much better than the Fir Lake natives. She doesn't even attempt to make new friends or even to be friendly to people. She was also very mean to her sister (not that my sister and I are always so nice to each other but I don't think we've ever been that bad.) My sister also read this book though and she didn't like it much either.

One thing I did like is that it left me thinking about my relationship with my sister and I think it might do the same for other girls. I find that we weren't really friends but are working to build more of a relationship beyond the fact that we have the same parents. In my opinion, she is being too much of a stereotypical teenager now as in bratty, complaining, never satisfied. But she can also be very sweet at times.

In general I also felt that the plot was underdeveloped. The sister relationship was the focus but plots with Katie giving up ballet in favor of yoga and her crush on a new friend's brother (I love that storyline but always feel like it would never work in real life) felt rather rushed to me. I guess it's already a bit on the long side (370 pages) but I never think that should stop an author from bringing everything to a satisfying conclusion.

Overall: 3/5 for a rather unsympathetic main character and underdevelopment of subplots.
Posted by The Insouciant Sophisticate at 12:01 AM