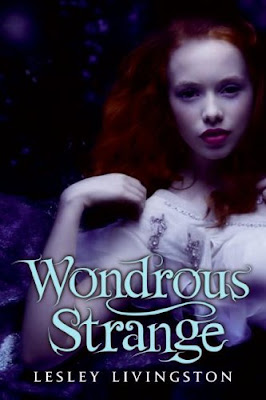 [Sorry that it's minimal-I wanted to post before everything left my head. I will try to flesh it out more later.]

Summary: Kelley is an aspiring actress in NYC who meets this weird guy Sonny. Turns out he's a changeling (human raised by fairies) who's been trained to protect the mortal world from the strange beings within the fairy world. There is something odd about Kelley, to Sonny's way of thinking. But what could it be?

Kelley is a pretty strong character; she handles the many things that are thrown at her well. But she only really taps into her strength toward the end. However the book is well set up for a sequel and I assume there will be more of her butt-kicking! Sonny is kinda hot. I like reading about good guys but lately I've been somewhat disappointed. I'm excited to read more of him.

Cover: I think it looks like she's underwater and from certain angles, her hair looks incredibly vibrant and from others very bland. Thumbs down.

Overall: 4/5; I'm interested in the sequel and I would probably recommend this book.
Posted by The Insouciant Sophisticate at 12:01 AM