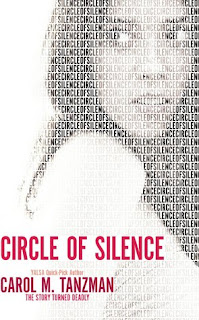 I saw this on Netgalley and decided to take a shot on something new. After researching it, I discovered that it was a companion novel to dancergirl but made you do not have to read the first book. This one made perfect sense as a standalone to me. In fact it does a great job as I now want to read dancergirl and I will be keeping an eye out for more books in the series (*fingers crossed*).

So what is this book about? It is about a secret society that springs up with journalist Val Gaines and her class TV crew becoming the ringleader in hunting down the members and preventing them from escalating their schemes. I found the plot to be very suspenseful and was on the edge of my seat. Val comes up with many avenues to explore and while at some points, it is one step forward, two steps back, she makes steady progress and kept me engaged. I was about 3/4 of the way through and thought I would call it quits for the night. But then I figured I could read one more chapter...which turned into finishing the book. I just could not put it down.

A surprise for me was the prominent sister-sister relationship; I also like to read about those. This features sisters very close in age with younger sister Beth being very moody and sulky to Val but ultimately blood is thicker than water and their bond is reaffirmed. Val also has an excellent best friend Marci as well as the other members of her crew.

One member in particular stands out: Jagger, Val's ex-boyfriend. Unfortunately I agree with Marci in that he is not good enough for her. He's the pretty typical bad boy that many swoon over in YA but who doesn't do it for me. I like sweet boy next door. Furthermore the romance isn't a very big part of the story so even I was so inclined to care for Jagger, there wasn't much time for that to develop. And while I was caught up in the plot, it was pretty predictable. Early on I suspected a certain character was involved in the secret society although not the leader and ta-da! I was right. However I did not unravel all of the bits, which is what kept me reading.

Overall: Engaging main character's actions to unravel dangerous secret society kept me on the edge of my seat, trying to work with her to solve everything. A really fun read!

Cover: It's pretty cool with the words forming her face-I love those kinds of pictures but it's not to my taste. I like a lot more color in a cover in general.