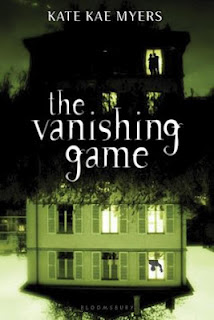 I did not know much about this book going in to it. And my curiosity was not immediately slaked as the book tossed me in to the middle of the thrills. Jocelyn has been struggling for several weeks from the death of her twin brother Jack, except is he dead? She received a letter from him indicating that he is not dead but perhaps on the run from dangerous forces.

For some reason, she chooses to return to the city of their horrific childhood in a foster home where she reconnects with their friend Noah from that time period. This was the most confusing part to me as it seemed a little forced that she would choose to go back there. I'm not sure why she decided meeting up with Noah was the best idea but it does stimulate the rest of the story. His first reaction is to almost strangle her, which would have made me question the wisdom of asking for his help but that incident doesn't stop them from eventually teaming up to hunt down Jack.

Once they've met up, they discover more clues about Jack's existence and doggedly pursue them, despite many threats and some supernatural occurrences.  My mind tried to follow the twists and turns but all I could really do was hang on and keep reading-I wasn't figuring anything out. And then we have the stunning conclusion-my mind was blown! I could not believe that was the answer to the questions Jocelyn was asking throughout the story.

One fun publicity element is the chance to try to unravel Jack's clues for yourself. They are available at this link. I looked at them before starting the book but ended up deciding that I didn't want to put forth the effort.

Overall: A tense and suspenseful YA thriller with twists and turns galore.