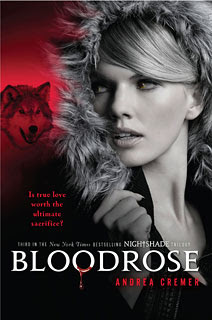 My feelings about this series have been so frustrating. Calla is a character I want to root for as I always want to support the main character and to be able to identify with her (or him) and to find some part of myself reflected. But Calla defies that with her hormones directing her actions, with her indecisiveness, with the attempts to portray her as a great feminist when her actions do not support those words. Maybe there is some of me in there but it's not a part I want to search for.

It has been very illuminating reading other feelings about this book, many decrying Calla's personality and actions in much more articulate ways than I can. But there are also some crazy Ren fangirls-I just don't get it (and I mean crazy, as in dictating what they expected Cremer to deliver to them). Shay is the marginally better partner in my opinion although I am extremely anti-alpha males in books, tending to prefer a more sensitive guy who won't get all up in my face and <bleep> every girl he can find.  I can see that Ren has a character arc and experiences some growth but first impressions are lasting and that gross guy always seemed to linger. Meanwhile Shay seems to be separating from Calla, partly due to her desire not to hurt Ren but also due to

While the characters drove me crazy, I continue to admire Cremer's backstory and the history of these characters. It felt rich and like there is so much more for us to discover. It really reflects Cremer's long-time interest in witchcraft and warfare, that led to her Ph.D in early modern history (per the bio on the back cover). Additionally her writing draws me in and pulls me along, as I sped through this book. I was a little bit intimidated by its heft but I sped through it due to the easy writing style and good plotting.

A few last quibbles, starting with the way that time passed. It seemed like everything happened over just a few days, way too fast to be able to process everything. I also think the ending could be quite polarizing; it wasn't to my taste as I would have preferred the opposite fate for Calla (hopefully this makes sense to those of you who've read the book and no I don't mean which boy). I think I'm at peace with the decision but I don't think I would have ended the book like that. It certainly left me with lots to ponder.