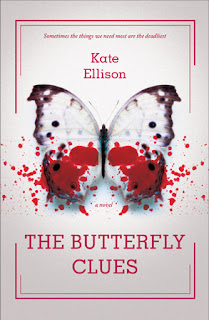 I had no idea what to expect from this book other than it was from Egmont, which I generally associate with more literary YA. Thus I opened the book with no expectations and proceeded to meet Penelope or Lo, a character with obsessive-compulsive tendencies. I am fascinated with OCD, as a long-time fan of Monk who has been gently teased about having some tendencies of her own. In this case Lo's disorder centers around numbers like 3 or 9; I much prefer even numbers so her distaste for 2 and 4 were inexplicable to me. While sometimes her neuroses were annoying to read (as anything that is repetitive is), they were necessary to create this character. If she's not following her rituals, she cannot function.

Besides Lo's problem with numbers, she is also a kleptomaniac and hoarder whose parents have checked out after the death of her older brother. This death has also hit Lo hard and her life is spiraling out of control. Girl has problems!

That is not the main plot line as the impetus of the book is a mystery. Lo hears a gunshot and later finds out that it killed a stripper known as Sapphire. Lo becomes obsessed with the case, piecing together many clues to discover the killer (this was not too difficult for the reader as there were not many eligible candidates). However the threads end up tying together as the story wound on.

Regardless of the excellent writing and the strong characterization (while I didn't love Lo, she stood out from other YA main characters), this book didn't quite click for me. There's a blah love interest who took up a tremendous amount of page time. And Lo makes a lot of stupid decisions (and not ones driven by her compulsiveness, just genuinely stupid stuff).  The setting also didn't really work for me; apparently there is one big seedy area in Cleveland that is easily accessible by middle-class teens? While a place is mentioned, it did not feel deeply rooted in a time or place and that left me feeling off-balance. Additionally something about the plot seemed very familiar to me although I can't put my finger on it yet.