Ramblings and the Week to Come 27OCT13

Ramblings:
I didn't have much time to spend reading/blogging this week (I even scrapped a review because I was not at all interested in picking up the book.) But I feel a bit revitalized. I've already read 2.5 of this week's review books, I'm seeing my sister who is currently attending college north of me, I'm going to be out of the office (and reading) on Wednesday, and I have my cute costume for Halloween (it's nothing fancy but I look adorable). Plus November is going to be much less busy so I hope to maybe even get ahead in my reading. We shall see!

Sports:
On Thursday, my softball team notched our second win this season, mainly because the other team had to forfeit (same team who forfeited last time.) Oh well. We went on to scrimmage with them and I feel I got some good practice. We only have two more games before the season mercifully ends but I hope we have some good times then. Again I'm thankful my coach is fairly easy-going and not putting pressure on us to win.

In professional news, my Man U boys made me very nervous yesterday but pulled off a win with my beloved Chicharito getting the winning goal in the final minutes-whew! Today also looks positive with my Eagles taking on the Giants who have only managed to win one game so far this season; hopefully that stat will still be true at the end of the day. 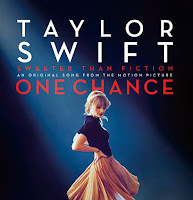 I've done this for three weeks now and apparently it tends to be something musical as this week's obsession is also a song. I consider myself a huge Taylor Swift fan but last week I was surprised to discover via Facebook that she had released a new song for a film, titled "Sweeter Than Fiction." I bought it within the first hour of its release and have had it on repeat all week (even over Katy Perry's album because Tay > Katy obvs). I've read reviews calling it bubblegum pop and have to agree-this song is super sweet. And it's NOT about a boyfriend, adding further ammunition to my study that not all of her songs are about her romantic relationships.

If you don't know this program, Amazon Vine sends out a newsletter on the third and fourth Thursdays of the month, allowing members to pick up to two products from each, providing they have completed reviews for previous selections. This month though they allowed three and then four, I took full advantage of this, selecting seven books. I've already reviewed The Burning Sky and the other six will come throughout November.

I picked up The Burning Sky and Find Me after seeing positive book blogger reviews; I hope mine will add to that chorus.

Dare is me getting an early start on reading business/management/leadership books, a goal for 2014. I like the feminine perspective on this and anticipate that others I pick up with be similar.

Loud Awake and Lost, Palace of Spies, and The Brokenhearted are YA books I've been highly anticipating. I'm a big Adele Griffin fan, I think the cover for PoS is super cute even if I'm not the biggest fan of the Georgian era, and I can't resist the idea of a female superhero are my respective reasons for these picks.

Lastly is Churchill's Angels, a WWII book, looks right up my alley (and made me think it might be up Christina T at Reading Extensively's too). I've read some mixed early reviews but I look forward to giving it a try for myself.

I really can't resist anything Jane Austen related so I snatched up the first three books in Cecilia Gray's Jane Austen Academy series. These retell Pride and Prejudice, Sense and Sensibility, and Northanger Abbey respectively (I'm super excited for the fifth book, which takes on Emma). Reviews of these will be posted in November as well.

Week to Come: The start of the week features young people's literature and then we'll switch to adult fare for Friday and Saturday.

The 14 Fibs of Gregory K. by Greg Pincus
Fault Line by C. Desir
The Naturals by Jennifer Lynn Barnes
The Creature Department by Robert Paul Weston-hoping for some creepy feelings to celebrate Halloween!

Friday is the first of the month, which means? Yes, the next installment of War and Peace is due-we're rapidly coming to an end but there's still a lot of story to be told.
Then Saturday is a review of comedian Rob Delaney's memoir, a very adult read that is definitely not for everyone but made me laugh a lot.