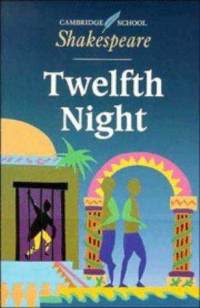 This isn't going to be a proper review or anything because I lack the vocabulary and insight to really delve into Shakespeare but I have some things to share. I wanted to read this for a couple of reasons. First I have not read many plays; I believe I've only read four for school. As I am no longer in school, I will have to read them on my own in order to become more acquainted with this most great of English writers.

Second my understanding was that "twelfth night" has something to do with the Christmas season although I know that the twelfth night is actually January 5.

Lastly I adore the film "She's the Man" starring Amanda Bynes and Channing Tatum in one of his first starring roles. My entire family finds that movie hilarious and I've always wondered about the source material for it. I also love the film "Shakespeare in Love," another funny flick, which ends with Shakespeare beginning to write this play after being inspired by his love.

When I did start reading this, I must say thank you to "She's the Man" because I really relied on it to follow the relationships for about half the play. However it was of no use for me for the other half, which is a plot to fool one uptight character and let anarchy and fun-loving reign. I did not really understand it but what I thought I understood seemed rather mean.

I suspect that I would have enjoyed this more if I was watching a staged version. As it was, I struggled to follow most of the action and I was left with so many questions regarding how characters ended up in their situations and what were their motivations in those situations. I'm used to longer wordier books with loads of character development and that just doesn't happen in this play.

Rating: Well I'm still giving it 5/5 because it's Shakespeare. This will not be my final experience with this play. I definitely would love to see it staged, whether live or a film adaptation-any recommendations?