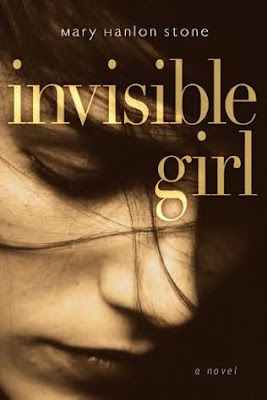 Philomel Books, 2010
279 pages
YA; Contemporary
4/5 stars
Source: Won an ARC from Khy at Frenetic Reader
Summary: Stephanie lives in Boston with her abusive mother and cowed father.  When her mother walks out on them, her father sends her to friends in California where she has the chance to remake herself.
Thoughts: Honestly I mostly wanted to read this book because the main character's name is Stephanie and I love seeing my name in print.

At about the halfway point, I was not enjoying this but I pushed through and ended up being pleasantly surprised.  The book opens in a confused way as Stephanie huddles in a closet and the reader tries to figure out her family situation.  Basically her mother is an alcoholic who beats her and her father is a loser.  So she is sent to California.

When in California she meets Annie, who seems nice but is quickly revealed as a mean girl in the vein of her father while her mother is rather spineless.  Stephanie tries to navigate this difficult world and eventually sees a chance of escape when a new girl arrives for the mean girl crowd to torment.

I guess I didn't like seeing Stephanie being a coward although she does love to read (woot!)  I liked when she FINALLY started standing up for herself.  Another problem for me was that they were only 14 but sometimes seemed a lot older.  I really do feel more comfortable with 16-18 year old main characters in YA-personal preference!  I'm glad that I got through it but I don't know who I'd recommend it to.
Overall: A satisfying ending that some readers might not reach if they don't want to muddle through mean girl antics.
Cover: It definitely reflects a girl who's desperate to hide herself.
Posted by The Insouciant Sophisticate at 12:01 AM