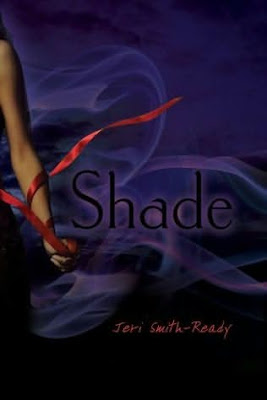 Simon Pulse, 2010
309 pages
YA; Paranormal
First in series
Source: Won from Books Make Great Lovers
Summary: Aura is ready to celebrate her boyfriend's Logan 17th birthday-and it is going to rock! Except that he dies that very night. And because of some phenomenon, she and everyone her age and younger can see him and other ghosts. She was the First She had set out to explore why this is as well as keep Logan with her. There is also the mysterious Zachary, the last person not born with that ability, who is determined to help Aura remember to live.
Thoughts: I was psyched for a couple of things in this book. First off, both guys were pretty hot and neither were major tools like in a lot of paranormal fiction. I can see the appeal of both although, for me, the living guy always wins. I know that's not a popular choice in YA (um, Team Edward?) but it's just how I feel. I also got teary-eyed toward the end of this as she looked to say goodbye to Logan so he could pass on. Then it ends with a cliffhanger that will lead us in to the second book to explore what special powers Zachary and Aura have as well as why. There is a good mystery here and I'm formulating some theories, which will probably inevitably be wrong, but hey no harm in guessing.
I am a big proponent of strong female friendships in books (because I think that's super important to have in real-life whether it's with school friends or family or whatever) and this book lacked in that. Aura does have one pretty good friend but they don't interact as much as she does with Logan and Zachary.
I was a bit confused about how exactly shading and the ghosts work although I assume part of that is because the author is teasing us so that we continue reading (good job!) And sometimes the book was a bit slow but I didn't mind.
Content: Language (especially one scene at the end); sexual content; drugs and underage drinking. The drinking seemed accepted, making me wonder if I missed something or if in this alternate world, they have different laws.
Overall: Very curious to find out more about this world and what is going to happen next.
Cover: Very atmospheric; I love the dark purples and the red is a cool focus point. It is also relevant to the world of the story.
Posted by The Insouciant Sophisticate at 12:01 AM