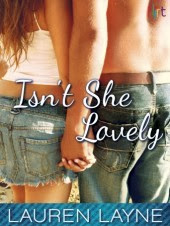 I grabbed this book on Netgalley after seeing that it was a contemporary retelling of the Pygmalion tale and I always have a soft spot for that. See My Fair Lady, Pretty Woman, and She's All That for examples. The clincher though ended up being the discovery that the main female character's name is Stephanie! I always lament that I don't see my name much in books despite its popularity in the late 80s.

And I'm so glad I gave this a shot because it was just what I wanted to read this weekend. I found the writing engaging, the humor spot-on, and the sexual tension sizzling. My main complaint would have to be some editing and formatting errors, all of which can be expected when reading an e-ARC; I'm sure they were rectified before release.

What we have is a pretty basic story. Stephanie appears as an angry Goth girl who's really into films. Ethan is a preppy rich jock. They meet, they clash, they get partnered for a film project, which turns into their own Pygmalion experience. Ethan's cash will help transform Stephanie into the perfect preppy girlfriend to get his mom off his back while also providing fodder for their script. But what happens when the participants fall in love for real?

So yeah, it's not like this book is super original in its plotting or character archetypes as you could tell everything that was coming but it was just so satisfying. The characters are very quippy and as the book progresses, some real depth is revealed. Stephanie and Ethan both have pain in their pasts that helps them to bond and to help each other with healing.

How about the love aspect though as that is the main focus? There is only the tiniest of nods to a possible love triangle but that is quickly squelched. As expected both try to deny their feelings and soon think they feel more for the other than is reciprocated but the short length of the book ensures that those moments are not unbearably dragged out.

Overall: A fun and flirty NA title that looks closely at two characters entangled in a contrived situation; perfect for fans of romance (and the name Stephanie :)