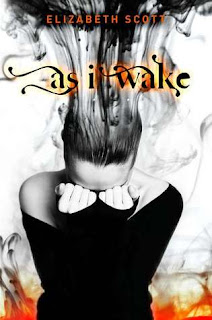 I'm a big fan of Elizabeth Scott (I believe I've read all of her books) so of course I wanted to pick this one up. Weirdly, I haven't seen much about this around the blogosphere which meant that I came into the book with little idea of what it was about. I think that was a good thing because everything caught me off guard.

Ava wakes up with no memory of who she is. She meets a woman who claims to be her mother and is integrated into a school system. Yet these personalities don't seem familiar. The one person she does remember is a boy whose presence may mean everything to her.

Honestly this book made me think of "Fringe," which is not a bad thing as I love that show, because of the freaky happenings referenced in the book. Not to be too spoilery but there seem to be other worlds just like in Fringe where different decisions allow different aspects of personalities to bring about totally different outcomes. The world in which Ava wakes up seems pretty contemporary although cell phones don't play a big role while the other world she remembers is more dystopian. Thus this is kind of a blend of contemporary, dystopia, and science-fiction; an intriguing mix.

However while it was easy to follow (the memories are clearly distinguished by being italicized), it was hard for me to really connect to the characters.  I was able to root for the romance because I'm a die-hard romantic and Morgan is a pretty decent guy. But the rest of the characters didn't really work for me.