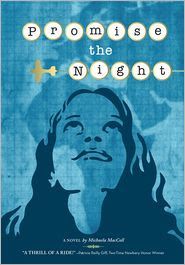 Source: Received an ARC for review from Amazon Vine.

I really enjoyed MacColl's first novel about young future queen Victoria so I was interested in her second outing, another historical fiction novel about a British heroine in vastly different circumstances. This time the heroine is famed aviatrix Beryl Markham, who grew up in British East Africa. I had never heard of her and entered the book with no idea what to expect.

I really liked the writing and the adventures. Beryl is not a shy, retiring young lady; she is bold and daring, not content to sit inside but wanting to be a warrior and trainer of horses. She gets in to so many scrapes but is dedicated to doing the right thing and confessing her wrongs to her father. She has a strong sense of justice even if as a child, she still has much to learn. However I didn't really identify with her, being a more introverted and indoorsy girl, and disapproved of her hijinks; honestly I thought she was a little bratty in some instances such as her obstinacy against learning basic mathematics. I wonder if a younger reader might be more enchanted.

The book is roughly divided into three sections: Beryl's life on her father's ranch and Beryl's life at school interspersed with journal entries chronicling her record-setting journey to be the first woman to fly London to New York over the Atlantic (the winds make it tougher than New York to London). I loved the journal entries and Beryl's time at school. However MacColl doesn't shy away from some of the nastier elements of colonialism nor does she downplay the dangers of Africa (leopards to say the least), both of which made me squirm.

Overall: I did prefer MacColl's first novel but I definitely want to applaud this exciting and well-written historical YA novel.

Cover: The cover I received featured a blonde girl in aviator hat and glasses, which doesn't really capture the book as flying is not the biggest element. However this cover is pretty bland.