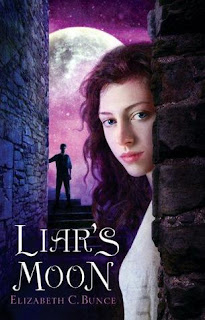 Looking at my order slip, it appears that I placed my order on May 22 and received it the day it came out. But silly me, I forgot to include it on my calendar so I had a bunch of review books to get through first before I could dive into this personally highly anticipated sequel to StarCrossed.

I began in a bit of a panic because while I remembered main character Digger alias Celyn, I didn't automatically remember any other character. Now some of the characters were new so that explains why but the other characters were cleverly reintroduced and integrated into the story such that my memory was jogged. And the part I remember best from StarCrossed was Digger's slow attachment to the people she met; although she had tried to keep herself separate, she couldn't stop becoming involved. Similarly, she is attached to people in this book including a romantic interest and a wide network of people who aid her in traitorous activities. How lucky is she?!  I kept fearing a sudden but inevitable betrayal but no one stabbed her in the back like that. They were good people.

As for the plot, this focused on the mystery of the death of influential businesswoman Talth Ceid, the wife of Digger's acquaintance Durrel Decath who happens to be the obvious suspect.  Someone believes in his innocence and Digger is dragged into a complicated web of business contracts, trade, greed, force, and magic. Although everything seems tangled, she knows that she can dig up an answer (okay-sorry for the bad joke!)

While I liked this book a lot and had trouble putting it down, I still didn't find it to be a perfect book. I did think it dragged a little in some places and would have liked some things to happen more quickly.

Then there is the ending. While the central mystery is tied up (we know who killed Durrel's wife) and progress seems to have been made on the political front (in favor of the side Digger supports), something totally out of the blue comes our way. I can see some people guessing but I was surprised...and now I'm even more anxious for the third book to hopefully tie everything up.