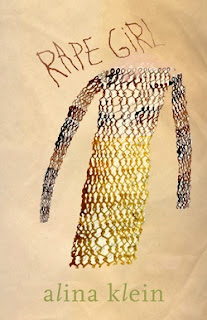 This book grabbed my attention with its provocative straightforward title. Although I anticipated some tough passages, I thought that this would ultimately prove to be an important book that deserved to have the spotlight shone on it.

The plot is pretty straightforward.  While her mom's away, Valerie has a party including the guy she likes. Although she pukes on his shoes that night, he returns the next day and rapes her. After days of anxiety, her mother helps her report it, setting off a nightmare experience for Valerie, for now she is known as "Rape Girl."

I struggled a little with the beginning of the story as it alternated between "Before" and "After." Soon though I was pulled in by the simplicity of the writing and the power of the story. Valerie is miserable and conflicted, feelings well illustrated during the support group she attends (I would have liked to see more scenes there). Her rapist was a popular guy while she was relatively new in town and school is a chore for her. To compound it, her best friend drops her and she is treated like the criminal, even going so far as being forced to take math privately so they don't end up in a class together (when other crimes are committed, usually the victim is not penalized). It was so hard to read about him going about his life, seemingly unaffected while Valerie's life was in disarray.

Overall: Although I would have liked a little bit more depth into the main characters and especially the support group, I appreciated this read and I hope it gets the notice it deserves, sparking conversations among us.

Cover: I do not like this cover although I think it would be a hard cover to create but it's just so ugly to me. I feel like there has to be a way to get a more appealing cover without taking away from the seriousness of the topic.