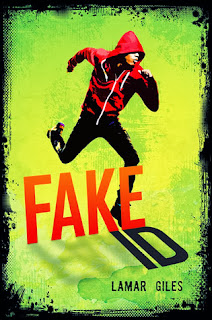 I wasn't really sure why I requested this book other than the contemporary setting because it is a bit more on the thriller side than I typically read. The plot summary didn't really grab me either but luckily as I read, I found myself drawn to the characters and the writing.

The book opens in a confusing matter with main character Nick referencing items that made no sense to me as someone just entering his world. However I soon found myself grounded in Nick's life in the Witness Protection Program due to his father. They have moved around the country because of the father's inability to live a low profile law-abiding life and this is their last chance. These tensions are fraying Nick's family with his mother especially sensitive to all of the changes. On top of that, Nick's first friend at his new school Eli is murdered and Nick finds himself drawn to solve that mystery, compelled partly by Nick's gorgeous and fiery twin sister Reya.

I can't see how anyone would unravel the complete mystery behind Eli's death as the threads upon threads strained plausibility to me. However the motives at the heart ring all too true and Nick is a diligent detective to track down all the pieces. He is also pretty funny and oddly relatable considering I am not in the Witness Protection Program (or am I?) I also liked Reya who is filled with personality and especially Nick's mother and her difficult predicament though other characters seemed more surface-level to me.

One last note is that the ending caught me off-guard because I was expecting something more conclusive whereas this leads up to something big that might happen in a sequel. However as of yet there does not seem to be a sequel definitively planned, which makes the abruptness of this ending awkward to me. I would feel more pumped about this book knowing that the ending would be resolved in a second book.

Cover: Yay for accurately showing an African-American young man on the cover (diversity is good!) though I wish you could see his face more clearly.