Ramblings and the Week to Come 26JAN14

Ramblings:
Work is ramping up and I continue to be distracted and thus having difficulty reading outside of work. So this might end up being a pretty quiet week on the blog. However I did have the chance to see another Best Picture nominee, The Wolf of Wall Street. Going in to it, I was very nervous about its running time, listed as 2 hour and 59 minutes. But I thought the pacing was well-done and I was surprised by how many comedic bits there were. While Leonardo DiCaprio carries the bulk of the film and Jonah Hill has a sizable supporting role, I was most impressed by smaller roles from Matthew McConaughey and Kyle Chandler (Dillon Forever!) as well as Margot Robbie formerly of "Pan Am." It is definitely an R-rated movie with an excess of drugs, nudity, and cursing so be aware if that's not your kind of film. 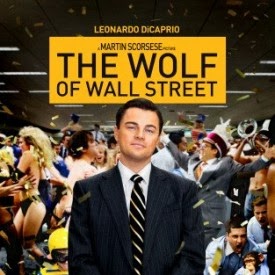 I'm also really excited for the Grammys tonight. That tends to be my least favorite of the major award shows but right now it's looking like it might have some performances I'll really enjoy. There is a rumor that Beyonce and Jay-Z will open with "Drunk in Love," a song with which I'm obsessed. As for the awards themselves, I am rooting for Taylor Swift as always and am excited about the possibility that she'll be performing "All Too Well," the standout from her Red Tour.

Week to Come:
Grandmaster review
Heartbeat by Elizabeth Scott giveaway
Waiting on Wednesday post-on what am I waiting this week?

And that's it! What's going on with you?