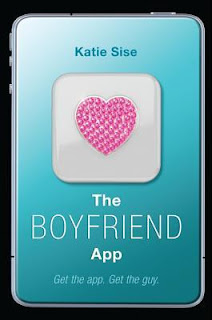 The premise for this book sounded absolutely adorable and right up my alley! I was especially pleased to see a female techie. There is always a gamble to talk in-depth about technology in this age of ever evolving gadgets and gizmos but it's weird to read a contemporary YA book where teenagers aren't practically attached to their phones. I don't know much about the apps on my smart phone but I hoped this book could enlighten me some.

In that regard I was very happy. Audrey is very into computers, coding, hacking, etc. having inherited the passion and skill from her now deceased father. Unfortunately his death led to a decrease in the family's finances, meaning she jumps at the chance to win a scholarship by creating an awesome app. This and a lot of other information was packed into the beginning chapters in an incredibly overwhelming fashion. I'm usually pretty nonplussed by info-dumps but this one was very hard for me.


As the book progressed, Audrey becomes more and more obsessed with her app, the second version of which stems from an odd fantastical twist. I don't want to spoil anything but I found it very implausible and only kept reading to the end because I did mostly enjoy the style. The characters certainly weren't doing anything for me.

While I liked Audrey adequately, it was her cousin/friend Lindsay who really spoke to me. Lindsay is a fashion-obsessed girl who turned her passion into a blog (that sounds familiar, huh?) and has amassed legions of followers and supporters. She easily slips among the social groups at school and totally has Audrey's back through various missteps. Of course, there is a bit of romance and the guy Audrey likes is a nice enough guy but he didn't have much there to make me root for him.

Overall: Neat premise that goes off the rails near the end-writing style is cool but characters don't have much depth. Definitely a library read if you want to check this out.