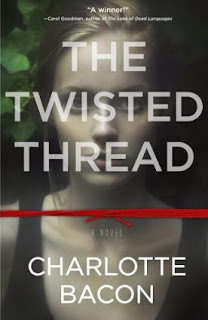 I saw this on Netgalley and thought why not? I think I thought it was YA and while it does involve teens, it is definitely more adult.

It is set at a prestigious prep school where a young girl is found murdered AND it is discovered that she recently gave birth. Thus we are left wondering who killed her and what happened to her baby? Multiple perspectives from the teachers, administrators, staff, and local police combine to unravel the twisted threads protecting the secrets of the august institute.

Based on the plot summary, I thought the focus would be Madeline Christopher, young English teacher who is somewhat adrift in her life. But then the story switched to other characters, following them through their own private intrigues and relationship to the secrets contained in the academy. This was sad in that I really liked Madeline and that there were two male characters who I kept confusing in my mind. I'm still not entirely sure I know their names.

I also thought that there was just too much-too many characters, too many backstories and subplots that weren't necessary. I wanted a tighter mystery story and I would define this as more literary.  I mean, sometimes it was almost like the characters forgot there was a dead girl in their quest to think about their own lives. While that may be more realistic, we're all pretty self-obsessed, it isn't what I look for in a mystery. The writing was pretty good at the expense though of keeping me engaged in the story.  Additionally I thought the ending was a little weird regarding the baby (no spoilers here)-definitely a surprise to me.

Overall: Good writing but not a great experience.