The Secret Lives of Codebreakers 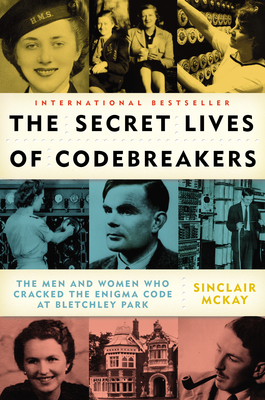 I picked this up after having my interest piqued with the news that "The Bletchley Circle" will be coming to PBS in April. This show follows women who had worked at Bletchley Park during WWII. I was also interested in the life and times of Maggie Hope and just a general interest in code breaking.

Although I knew a little about breaking the German Enigma code, there was still much ground to explore as this book covers some of the ciphering that went on during World War I as well as the time period leading up to the second world war; there were those prescient enough to plan ahead so that England had a jump start when war did break out. Then of course this covers through the war and its aftermath, including decades long silence on the part of its participants. They still don't know everyone who worked here as records weren't kept and some have taken/will take the secret to the grave.

This book captured well the intensity of life at Bletchley Park alternating with the tedious parts. They worked eight hour shifts around the clock, switching shift times every week. Some of the work was repetitious and much of it was dull albeit vital. Because of the young women who cross-referenced the deciphered work painstakingly on index cards, they were able to stockpile and analyze a great amount of information that may have aided and cut down on the length of the war.

The amazing thing to me is how secret this was kept. People in the nearby town knew something was happening. Relatives of the men here wondered why they weren't at the front. But for the most part, people just kept their heads down and didn't probe. I'm so amazed at the lack of blabbing and the general agreement of everyone to just keep going. The reminiscences of people further back up the attitude of the time.

Overall: An interesting book about something I bet most Americans don't know much about. I would have liked to read more about the actual code breaking but this was very absorbing and educational.