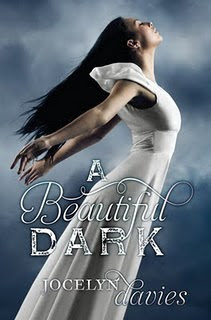 I thought the cover of this was very striking and the premise had promise. And the beginning was good. Skye had great camaraderie with her three best friends even as they ignored her wishes to throw her a surprise birthday party. It was fun. But then...

Then two guys show up; two polar opposites who each appeal to certain parts of Skye although the bad boy playboy flirt/jerk speaks to insides just a bit more. And that's where the book lost me. As soon as she meets Asher (the jerk) and Devin (marginally better), the good things about her mostly disappear. She can no longer concentrate on anything, she's irrationally jealous of other girls, and she deserts her closest friends even as they need her.  I mean, I feel a little bad for her because she was orphaned and she seems to have a dark destiny coming for her. But does that mean she has to suck in the meantime?

Additionally while the pull of her toward each guy is strong, she seems to like the aforementioned playboy/jerk more which is just unfathomable to me. Yeah there are other reasons to prefer Asher to Devin (that Devin seems to be promised to another woman) but why did she like either beyond the fact that there is a mysterious connection?

I was also really uncomfortable with the mythology which is that the two sides attempted to secure Skye for their side by appealing to her lust. They each sent someone to take on the appearance of a hot young guy who it seems was supposed to get Skye to fall in love with him and thereby secure her potentially majestic powers for their vision of the world. They are relying on her teenage hormones, rather than her brain to win her loyalty!

Overall: Promise of the first chapters is squandered on yet another YA paranormal love triangle, which soon overtakes the interesting elements of friendship and mythology.