Ramblings and the Week to Come 22DEC 13

A Mini-Rant about Goodreads:
I received an email from the site this week, inviting me to look back at what I've read for 2013, announcing that I had read 286 books. I was outraged that they were declaring my total even though I had almost two more weeks to read more (I'm shooting for 300 and have been putting in a lot of reading time trying to meet that; at 290 as of this morning and trying to complete two more today.) That made me kind of mad!

Irving Berlin's White Christmas:
Yesterday, as part of my mom's birthday gift, we took her to see Irving Berlin's "White Christmas" based on the classic and beloved film. It deletes some songs and adds in others from the same composer for what could very well become a holiday classic. The Bob Wallace character is more shy and less cranky while Phil is more of a ladies man. We were utterly charmed and found this to be an excellent addition to our holidays! 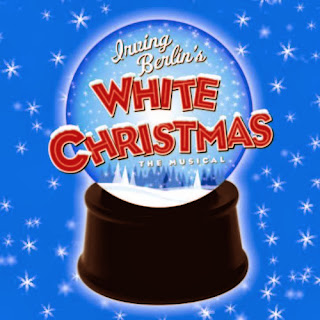 Blogging Goals for 2014:
I don't really have any big blogging goals for the new year other than trying not to be so intense about posting. As you may have noticed, I've fallen behind on posting as 2013 comes to an end but I've mostly erased my guilt (I know, I shouldn't feel guilty but I do.) For the new year, I've already reduced my reading goal to 200 books, which will result in posting less but hopefully it will allow me more time to comment and to feel more revitalized by being in the blogosphere instead of enervated. 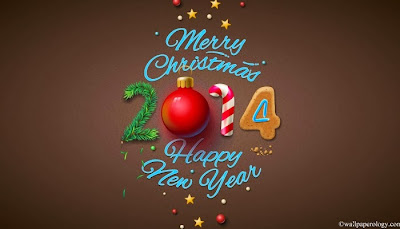 New Year's Resolutions:
As I think back on 2013, I don't think I really kept up with them but I still had a great year by being open to trying new things. For example, in the active realm, I completed 3 5Ks, joined my company's softball team, and faithfully committed to an exercise regime. I'm not sure what I might try this year; maybe Toastmasters to improve my extemporaneous skills though I anticipate pursuing several activities. What are you thinking about for the new year? Give me inspiration!

Week to Come:
I have loads of great e-ARCs to read (like Cruel Beauty, Avalon, The Afterparty, Uninvited, and No One Else Can Have You among others) but I have no idea what I want to read this week. You might see some of these; you might see completely different titles that I need to review for Amazon Vine. You might not see anything though I'm hoping to get up at least two.

Happy Holidays:
Below is my favorite Christmas song; Darlene Love performs it annually for David Letterman.